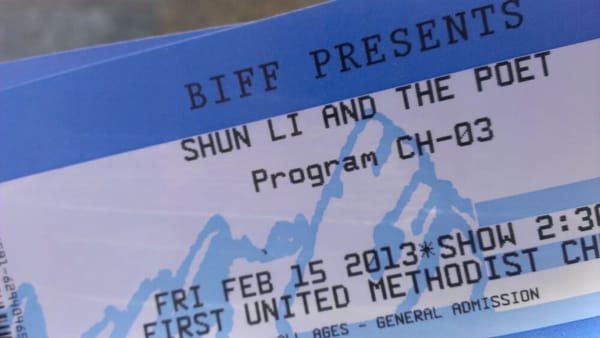 There are no reviews of
Boulder International Film Festival.
Be the first to ⭐ Write a Review.

The Boulder International Film Festival brings films and filmmakers from around the world to Boulder for a four-day celebration of the art of cinema. BIFF consistently features a wide variety of films from local, national, and international filmmakers, including many that have gone on to significant box-office success and multiple Oscar ... More

BIFF is a world-class film festival with an eclectic infusion of innovative storytellers, actors and audiences from all over the world. During four days of screenings, workshops, panels and parties, BIFF will present some of the best new films in international cinema, with the intention to inspire the dreamers in America's young filmmaker community to make their own courageous leap from vision ... More

The Boulder International Film Festival (BIFF), sponsored by the Colorado Film Society, is held annually on Presidents Day Weekend in Boulder, Colorado USA, and has developed a reputation as one of the most compelling young film festivals in the U.S., exhibiting a number of new-but-unknown feature films, documentaries, animations, and shorts that have gone on to significant box-office success ... More

Welcome to the International Festival at University of Colorado Boulder. The CU International Festival is the largest student organized event on campus and is free and open to public. The event won 'Cultural Event of the Year' in 2018. The festival gives you an opportunity to: Share your culture, traditions, and heritage with the greater ... More