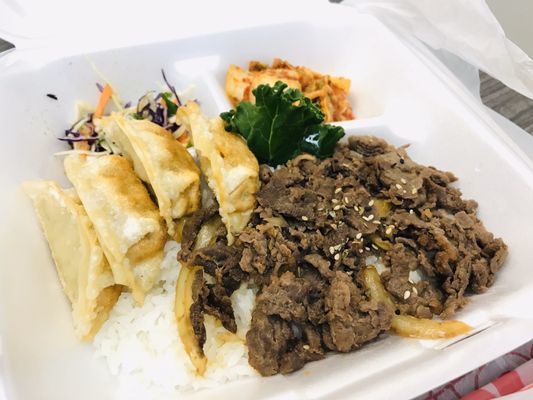 There are no reviews of
Korea House.
Be the first to ⭐ Write a Review.

146 reviews of Korea House "Visited for the first time. I have never had Korean food before but others in my party had. Loved it! Small restaurant in a strip mall that is full of Korean and Japanese decor. The menu has both Japanese and Korean… More

The owner's shared my grief and offered their support. I don't go to Korea House as often as I did with my wife but I return every year on our anniversary and usually on the anniversary of her death. I have eaten in many Korean restaurants and have never had any better food than at Korea House. More

146 reviews of Korea House "Food was pretty good, but waiter (maybe owner) was not too nice. Wouldn't allow any substitutions. Had a $9.99 item, but he wouldn't let me use a credit card as he said it was $10 minimum." More

Boulder's Korea House crafts fresh and sumptuous Korean and Asian fusion cuisine including hotpots and sushi to the delight of diners in its relaxed and enticing restaurant. The crispy and spicy kimchi pancake and the edamame and vegetable steamed dumplings are ideal starters to your meal. More

Get directions, reviews and information for Korea House in Boulder, CO. More